Renée Zellweger shines as a story about dark days of drugs and alcoholism unfolds.

Today’s generation may not remember the name Judy Garland.

Some may recall her iconic role as Dorothy Gale, the little girl of The Wizard of Oz. Few, however, will be able to recall her downward slide in the ’60s when she nose-dived into a pill-popping alcoholic bent on self-destruction.

Over the years her singing abilities diminished through neglect and self-abuse, and she became a poor shadow of her former self.

Yet, as the story goes, she agreed to accept a lucrative, five-week engagement at London’s famous Talk of the Town club. It’s this turbulent period that is recounted in the film Judy.

Rupert Goold’s emotive production not only covers the period that she’s in London, but also touches on her early years, most importantly the psychological effects that being a child star had on her.

Screenwriter Tom Edge has based his story on Peter Quilter’s stage play, End of the Rainbow, and imbued the narrative with a sharply defined tone.

It is all brought magnificently to life by an inspiring performance from Renèe Zellweger as Garland. The Golden Globes recently recognised her contribution with a Best Actress in a Drama award.

A strong argument is put forward in the film as to how Garland became a broken woman, a situation caused primarily by her childhood mistreatment in Hollywood. It supports this contention with a series of flashbacks to the set of The Wizard of Oz when Judy then 16 (played by Darci Shaw), was put on a forced diet by studio head Louis B Mayer, a mean and nasty individual. She was given amphetamines for breakfast for energy and barbiturates at night so she could sleep.

The drug habit she developed during those early years haunted her throughout the remainder of her life.

In short, Garland’s life was not a happy one and this is strongly reflected in the production.

While it may cheat a little in providing the occasional “Hollywood moment,” its perspective of the title character is mostly clear-eyed and free of overt sentimentality. Aspects of her life have been ignored because of time and length, but it’s nevertheless a commanding enterprise.

There are touching moments she shares with her two youngest children, Lorna and Joey Luft, whom she loved dearly. This includes a scene where they are evicted late at night from the hotel where they are staying due to her serious financial predicament. This forces her to take her children to her ex-husband, Sid Luft (Rufus Sewell). 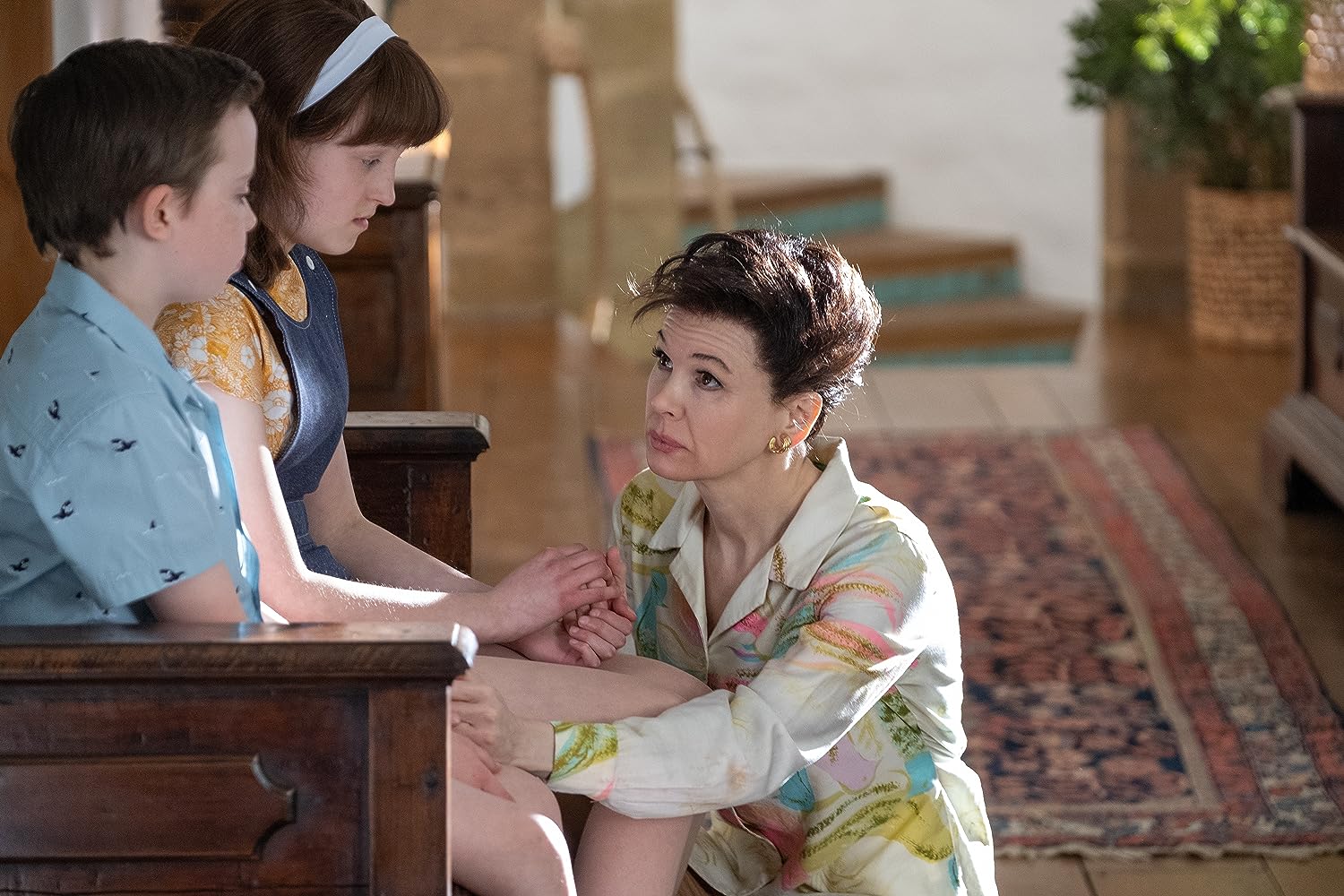 Her experiences in London were also traumatic as she battled her inner demons. She was a constant headache to her handler, Rosalyn Wilder (Jessie Buckley), and the owner of the Talk of the Town nightclub, Bernard Delfont (Michael Gambon).

She reconnects with Mickey Deans (Finn Wittrock), a smooth-talker whom she had previously met in the United States, who becomes the final Mr Garland.

All in all, it’s the Renée Zellweger show, really. She does more than mimic Garland. She is Garland.

In addition to radically altering her physical appearance, this actress studied films of Garland in order to impersonate her character’s body language. She worked, too, with a voice coach to capture the timbre of Garland’s vocals. 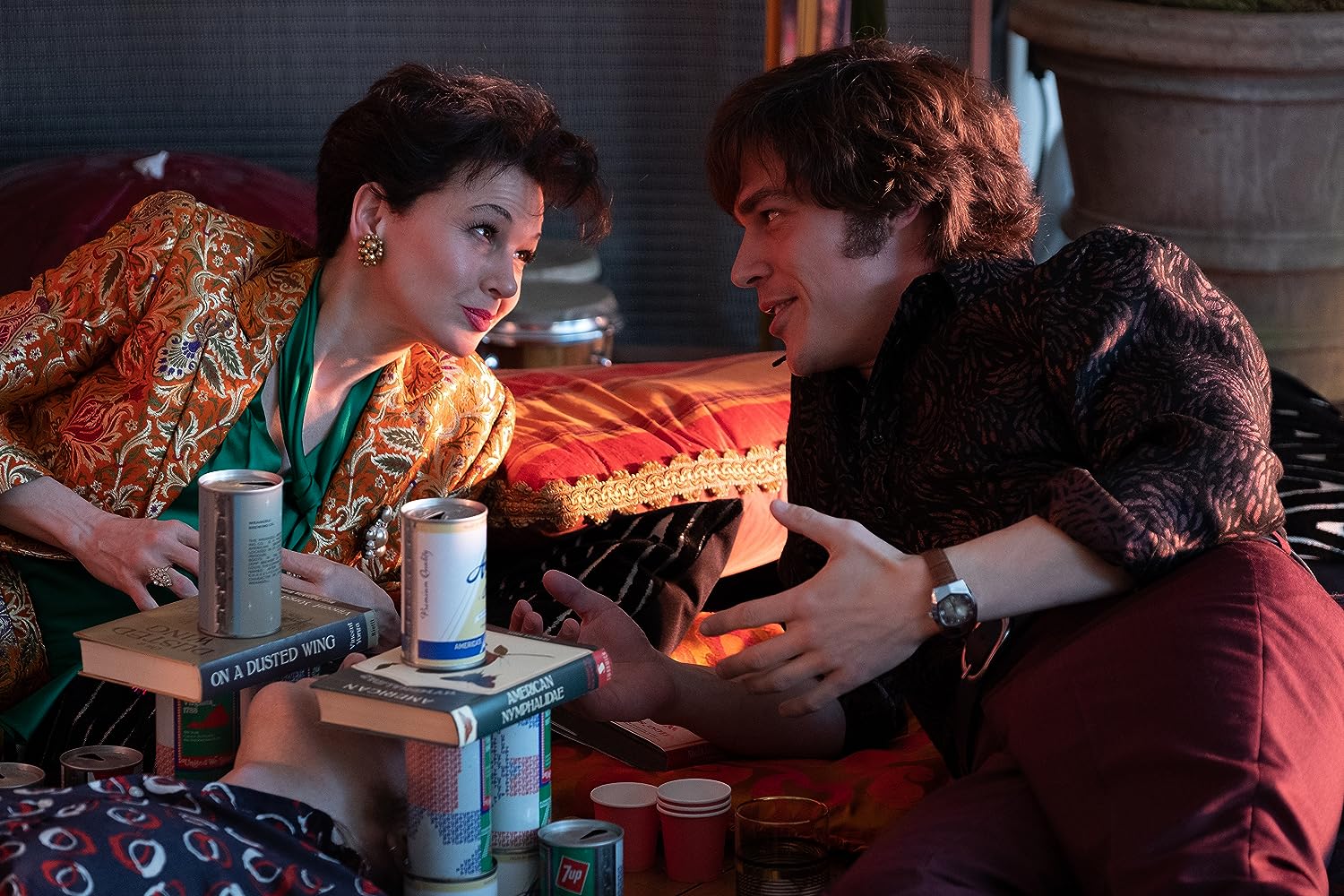 Garland succumbed to her drug addiction at the age of 47, a mere six months after her London performances.