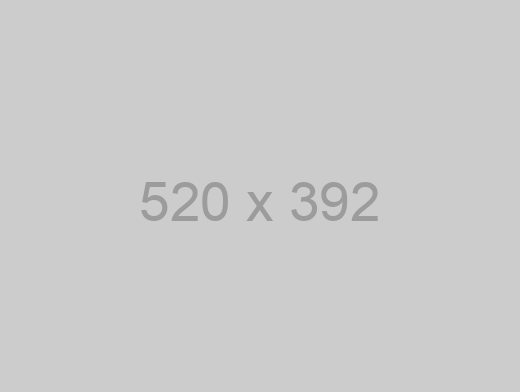 Metro police officers march to the parade ground at the inauguration of their new chief.

The physicals began on July 29, and those who are accepted will receive an allowance of just over R4 000 a month while they are trained.

“I love rules,” said Brumulda Lodewyk, from the Northern Cape.

Lodewyk came all the way from Richmond to be put through her paces in physical tests on Thursday, as more than 12 000 applicants vie for only 120 available jobs in Cape Town’s Metro Police.

This in the same week that StatsSA announced that the unemployment rate had jumped to 29% in the second quarter.

“I have wanted to be a traffic officer since I was a little girl,” said Lodewyk as she queued up for her number ahead of the physical tests.

Juan Valentyn from Atlantis, north of Cape Town said: “I want to make a change to our community, and to our roads.

“I want to serve my country.”

The City is spacing out the tests with over 1 000 people being put through their paces over 12 days, with trainers and officers shouting encouragement as candidates try one last push up or sit up to make it through to the next round.

“Let’s get through this,” shouted Anthea Adams, a facilitator at the Metro Police training academy, clipboard in hand.

“Some of them haven’t eaten because they left their homes very early this morning to travel far to be here,” said one of the Metro Police staffers standing on the sidelines, as some buckled and could not do any more.

“The number of applications is astounding and speaks to the need for gainful employment,” said the City’s mayoral committee member for safety, JP Smith.

“These jobs are no walk in the park, but I trust that there are candidates in the crowd of thousands who will one day wear the uniform with pride and serve and protect their communities with distinction.”

Crime in Cape Town is currently a hot topic with the provincial government at loggerheads with national government in a bid to get more SA Police Service officers on the ground, and the SA National Defence Force helping the police conduct searches and serve warrants and effect arrests in 10 identified neighbourhoods.

The Metro Police are authorised to patrol, monitor, and to arrest people. Smith said they are working on also getting permission for them to investigate crime in the way that SAPS officers do.

The City also launched a stabilisation unit in Bonteheuwel on July 2, and has proudly proclaimed that there had been no murders there since.

Meanwhile, during the physicals, strangers became each other’s cheerleaders as they pushed themselves through the tests for the coveted job.

“One more boetie!” shouted one candidate to another as his arms wobbled and legs shook through the push ups, but others managed them with ease.

To get through the physicals to proceed to written assessments, candidates have to do:

A 2.4 kilometre run within 13 minutes for males and 15m30seconds for females;

People who had never sat on a motorbike in their lives before Thursday were doing the “motorbike lift test” to determine whether they are strong enough to hold a motorbike steady.

“If you drop the bike, you’re out,” said Superintendent John-Michael Nickerson as they approached the old 500cc motorbikes lined up.

They carefully leant their bike off its stand and held steady once they had centred it until receiving the command to dismount.

The taller candidates found this a breeze, but one short candidate could not get it off its stand and with a combination of embarrassment and disappointment on his face, was about to get off and go home.

“No wait, try again – you have two more turns,” said Nickerson. “As long as you don’t drop it!”

Other candidates held their breath and whistled and clapped when he finally managed to centre the beast and dismount, getting through to the next round.

Metro Police Youth Cadets trainer Leboang Maphaka encouraged candidates to squeeze just a few more push ups or sits ups out of themselves, but some collapsed to the ground, breathless.

Their names were read out and an instructor said curtly: “Ok, you can pack up and go home. Thank you for coming.”

“It’s a bit hectic,” said Rowina Barnard from Atlantis after the 2.4km run.

“It has been 10 years since I last ran – at school. But it is a new challenge. It is fantastic.”

None of the applicants said they were scared – of criminals or gangsters – shaking their heads vigorously when asked about this.

Ncedisi Dlamini from Gugulethu slapped his sturdy thighs as he waited for his turn at the sit ups and push ups.

“We all have the same goal – to help individuals,” he said.

“This could help our families. It could also bring stability on the roads.”

Many already had jobs, such as one who worked at a plant nursery, and another who had a civil engineering qualification, and others spoke of being unemployed for years, but all were passionate about getting in.

“I want a career, not just a job” said one man.

‘I have been praying for this’

Smith said that many applicants simply do not like doing boring desk work, and wanted a career that was more active.

Some, like Njabulo Ndlovu, who flew through the physicals, had already tried to become a paramedic but could not afford the whole course, and without a job for the past two years, worked as a Herbalife agent to support himself.

Many said they were hoping to fulfill a childhood dream of becoming a policing officer.

“This is my dream job,” said Khangela Jada from Gugulethu.

“I have been praying for this since I left school. People are doing the wrong things on the road, and I want to be part of destroying corruption and crime.”

In the meantime, Principle Inspector Godfrey Africa was at the frontline making sure everybody had their documents ready, cracking jokes to ease the applicants’ nerves.

“If you have a warrant, step aside then I don’t have to come to your house to fetch you,” he said, as candidates broke the respectful silence with laughter.

The paper requirements to get accepted for the assessments include a matric certificate, a driver’s licence and a clean criminal record.

Smith, who was on hand to cheer the applicants along, said he was pleased that the City had found the money to hire more Metro Police.

He said that for some it would be their first job, and for others it would be the much-dreamed for break to get into the Metro Police. However, he noted that very few white candidates applied for a position, and this could affect the employment equity aspect of the City’s eventual hiring.

The physicals began on July 29, and those who are accepted will receive an allowance of just over R4,000 a month while they are trained.

This includes a 12-month traffic learnership, followed by a six-month municipal policing qualification at the Metro Police Training College in Observatory.