Life after Jenna: One mother’s story of surviving the death of her child 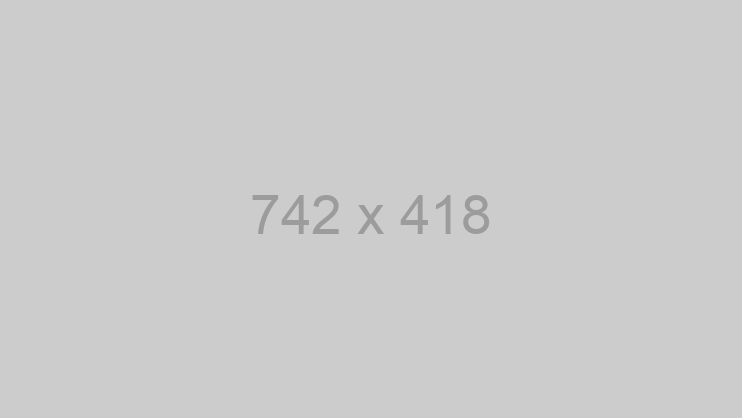 The ability to face even the darkest and most unimaginable lives deep within us all.

It’s April 2019, and I am in Cape Town, in an Uber on my way into the upmarket suburb of Bishops Court. It’s a beautiful autumn day, the sky is clear and blue, the mountain rises up craggy and spectacular and the air is crisp. The day seems at odds with the thing I am on route to do – it seems too bright, too sunny, too idyllic. Surely, the day you are going to meet and chat with a mom about the death of her daughter should be a little more sombre, a little more dark, a little less pleasant.

As the gate slid open, to let me into the family home, I am met by a woman whom I instantly like – between her sparkling blue eyes, open and welcoming body language and her effortless and unmistakable Cape Town style. Her name is Gabi Lowe and she lost her daughter, Jenna, to an incredibly rare disease on the 8th of June 2015, after fighting for her to live for the past 4 years. In 2012, at the age of 17 years old, Gabi and her family were rocked by the news that their oldest daughter, Jenna, was suffering a rare, degenerative and little understood disease called Pulmonary Arterial Hypertension (PH). According to the Jenna Lowe Trust, “In essence, PH is a progressive, degenerative disease caused by the narrowing or tightening of the veins and arteries in the lungs.”

“As PH develops, blood flow through the pulmonary arteries is restricted and the right side of the heart becomes enlarged due to the increased strain of pumping blood through the lungs. It is this strain on the heart, and decrease in blood to the left heart and systemic circulation through the lungs, that leads to the most common symptoms of PH, such as severe breathlessness, fatigue, weakness, angina and fainting.”

We walk through Jenna’s childhood home, Gabi makes me a cup of tea, herself a cup of coffee, and we decide to sit outside in the sun. As we sit she begins to recount Jenna’s story – which I am not going to fully tell (if you want to read the full story of this brave, graceful and charismatic young woman’s fight to live go buy the book which is in stores now).

But so that you get the gist:

“In January 2011 Jenna started to become noticeably breathless. She breathed heavily, tired easily, needed more sleep and found exercise increasingly difficult. We conducted many medical tests, including an ECG, extensive blood tests, chest x-rays, echo-cardiograms, lung function tests and more. We could find nothing. Halfway through 2011, Jenna was misdiagnosed with Asthma. Relieved that we had ‘found the problem’, Jen was put onto asthma treatment.

In January 2012, now aged seventeen, Jenna was hospitalised for the first time. She could no longer walk even a few meters without collapsing with breathlessness. So began the slow and difficult process of finding the correct diagnosis. A nuclear VQ scan and catheterised angiogram confirmed our beautiful girl had an extremely rare lung disease called Pulmonary Arterial Hypertension (PH). This little-known degenerative and life-threatening condition changed not only Jenna’s life but all of our lives, forever.

PH has an annual incidence of one to two cases per million people in the US and Europe. It is two to four times as common in women as it is in men. The mean age at diagnosis is around forty-five years, although the onset of symptoms can occur at any age. In short, it can strike anyone.

Unfortunately, PH is often diagnosed when patients have reached an advanced stage of the disease. It is rare, and difficult to diagnose, and the most common misdiagnosis is Asthma. Jenna was already World Health Organisation Category III by the time we reached the final diagnosis. She went through very many expensive tests along the way, from regular blood tests, lung function tests, oxygen saturation tests, CT scans, lung x-rays, VQ scans, MRIs, CT Venogram, catheterized pulmonary angiograms, walk tests, ECGs and more.

Not so long ago there were no treatments for PH and prognosis was one to three years. This has recently changed and there are many drugs on the market to help prolong life expectancy. The earlier you’re diagnosed, the better your chances are of enjoying a longer life.

One of our major frustrations as a family was that the majority of the treatments for PH are NOT available in South Africa. This can greatly impact the lifespan of a patient.

Jenna was actively listed for a bi-lateral (double) lung transplant in May 2014 and received her transplant in Johannesburg, South Africa on the 10th of December. She showed the most incredible courage and dignity but Jen didn’t leave the hospital for six months thereafter. She passed away on the 8th of June 2015.” Jenna at UCT Academic Hospital before going into surgery to receive her double lung transplant, 2015.

And while Jenna’s story is incredible – I mean seriously incredible, most of us die after a full life, never having made the impact that this young woman made in the cruelly short time she was with us on earth –  I think that her mother’s story is equally incredible. And that is the story I want to focus on. A story that could have been any one of ours. The story of a mother who consumed by saving her daughters life finds a way to carry on living after her daughter doesn’t. Jenna and her sister Kristi 2 years before her death.

If Jenna was a force of nature, she seems to have inherited this from her mother, Gabi, you can feel it when you are in her presence – a vitality, a determination to live, to find happiness, to make her mark on the world and help people. Gabi tells me how it was Jenna’s wish to write a book, and so Gabi decided to honour her child’s dream and legacy and write the book for her. Jenna was determined to create awareness of the importance of organ donation and increase the number of registered organ donors (which she went a long way to achieving BTW through her Get Me To 21 campaign) and so Gabi decided a book would keep the light on both organ donation and the disease that took her daughter’s life – Pulmonary Hypertension.

She began writing the book as if she were merely channelling Jenna’s story into a book – she was just a conduit. The book includes excerpts of Jenna’s journals that she kept for much of her teen years and throughout her illness. And to start it was just that – an account of Jenna’s story.

But as she wrote, the story began to shift, and she realised she was not only writing Jenna’s story but also her own story, and that of her youngest daughter and her husband. Their stories were all too intertwined to tell one without telling the others.

Gabi’s voice breaks as she explains how healing the process of writing this book was. And she is struck by the fact that it took her 9 months exactly to write the book – the symbolism is not lost on her, or me.

“At the end of Jenna’s life and in the months, if not years, after her death, I was traumatised, I believe I was suffering from Post-Traumatic Stress Disorder (PTSD), I would shake uncontrollably and often would be struck by bouts of vomiting. And I relived this trauma during the writing of this book, the shaking, the vomiting, it was emotionally, physically and mentally drained.”, she recounts.

I asked her if she felt the book had been cathartic. Her response to this question was unexpected, “No.”. She explained that cathartic means an unburdening of sorts, but she doesn’t need nor want to unburden herself of her daughter’s life or legacy, she did, however, need to heal from it.

She was stuck in the pain and aftermath of her death. Gabi’s husband, Stuart, was diagnosed with cancer six months after their daughter’s death. Kristi, Gabi’s youngest daughter, had grown up in the shadow of Jenna’s condition, in a way one might say, Kristi’s childhood was also cut short alongside Jenna’s. Gabi was stuck in all the bad memories, and so was Jenna’s memory.

But while writing the book, she was reminded of all the good memories, memories she had almost forgotten, before the illness. Good memories even during the illness and she can focus on all the good she still has in her life. And in having put the bad memories to rest in her book, she is left with only the good.

“I hope that, in this book, people are able to find the learnings and inspiration that we were given (or rather, were thrust upon us) through Jenna’s journey. Just as it was not an easy ride, it is not an easy read, but in telling our story from her own perspective, my mom has managed to share a little piece of each of us with the world.”, Kristi Lowe, Gabi’s daughter.

In the book, Gabi honours her daughter’s legacy and memory whilst honour herself and her family’s incredible strength and each of their individual journeys with death and the void Jenna left behind.

I would recommend EVERYONE read this book. You can find it at all major bookstores, including Exclusive Books. Or visit the Jenna Lowe Trust and buy it online. Gabi Lowe studied a BA before embarking on a successful career in media and marketing. In 2011 she was catapulted into a totally new world, that of rare diseases, big pharma and transplantation, filled with massive challenges, learnings, losses and love. Gabi is now a sought-after life coach, facilitator of workshops on emotional resilience and inspirational speaker. She lives in Cape Town with her husband Stuart and daughter Kristi.

Visit the https://jennalowe.org/ for more information on Jenna, Pulmonary Hypertension and how you can help.