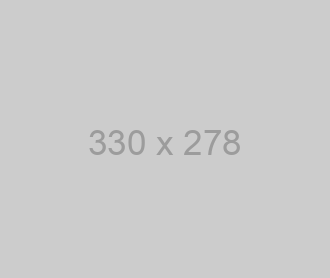 Leopard Creek’s revamp in 2017 led to a muted response by the pros. Now, Ernie Els and co are raving over this year’s Alfred Dunhill Champs experience already.

Renovating a course by entirely changing the grass obviously mars the playing experience for a little while, which is why the reaction to the new Leopard Creek, partly owned by Johann Rupert, was a little muted last year.

But now the indigenous Cynodon grass has properly settled in and one of South Africa’s flagship courses is once again receiving rave reviews ahead of the Alfred Dunhill Championship that starts on Thursday.

Cynodon, which has a finer texture, replaces the kikuyu grass, which is native to East Africa and requires too much water in the tropical lowveld, and was totally eradicated in 2017. A general view of the 6th ahead of the Alfred Dunhill Championship at Leopard Creek Country Golf Club on November 27, 2019 in Malelane, South Africa. (Photo by Jan Kruger/Getty Images)

Which means the ball will run further than it ever has at Leopard Creek, with wayward balls more likely to career off into serious trouble like a car being driven down a mountain pass by someone who has spent too long at the 19th hole.

Ernie Els is the most experienced golfer in the field and knows Leopard Creek intimately, having been a member since its inception in 1996.

He also won the Alfred Dunhill Championship in 2005. The Big Easy reckons this weekend’s tournament will be no place for show-ponies; discretion and patience will be key.

“With the new grass, it’s very different. If there’s no rain, which looks likely, then it’s going to be very firm and fast, and if you miss a fairway here then you’ve got that wispy grass that there’s no spin coming out from. So there’s a lot of holes where you’re going to have to play away from the flag. I think patience is going to be a huge factor this week.

“Patience is going to be a virtue and, you know, I’m 50 years old now so hopefully I’ll have a chance if I can keep up with the guys. I’m not quite the player I used to be, but I’m okay and I love the course. It’s a wonderful place to come back to and I’ve been a member since day one,” Els said on Wednesday.

Zander Lombard, fresh from competing so strongly in the Nedbank Golf Challenge and then winning the Gary Player Invitational the next weekend at Sun City, said he does not believe European golfers will have the advantage because of the change of grass. A general view of a hippo entering the water from the 13th green during a practice round ahead of the Alfred Dunhill Championship at Leopard Creek Country Golf Club on November 27, 2019 in Malelane, South Africa. (Photo by Jan Kruger/Getty Images)

“This Cynodon they don’t get in Europe, this is more for tropical areas and they play on it in America. I actually think it’s a level playing field with the grass, but we have the home advantage with the crowds, which always helps. Every year it’s a must-play event for any South African and it’s an unreal place.

“The aesthetics of the course and how it plays are amazing and Mr Rupert said he was upset with double-figures-under-par winning last year, so it’s going to be really tough this year and that will make it even more interesting. But the consistency of my game is what I’m happiest with at the moment, so I really know where the ball is going,” Lombard said.